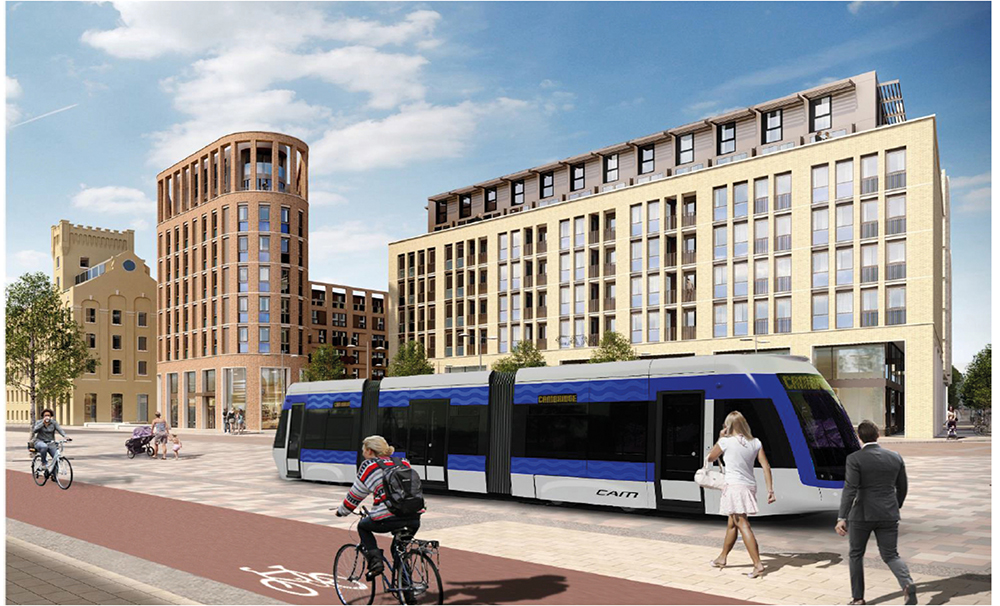 Since its official formation in 2017, the Cambridgeshire & Peterborough Combined Authority has had ambitious plans for its local area. From innovative transport solutions to new ways of delivering much needed affordable housing, they are a partnership already making a swift, positive impact.

The Cambridgeshire & Peterborough Combined Authority was established in 2017 after partners negotiated a Devolution Deal with the Government that would bring powers and funding from central Government to the local area.

The organisation itself brings together the seven Cambridgeshire and Peterborough councils and is chaired by a directly-elected Mayor, James Palmer.

The Mayor and Combined Authority have statutory powers and a budget for transport, affordable housing, skills and economic development, made up of money devolved from central Government. In return, the Devolution Deal has tasked the Combined Authority to use these powers to address the significant deficit in transport infrastructure, deliver more homes to help tackle the local housing crisis and meet housing needs, and take action to address skills shortages in the economy. The target is to almost double the size of the economy over 25 years.

The 2018 Cambridgeshire & Peterborough Independent Economic Review, chaired by renowned economist Dame Kate Barker, found that growth in the local economy was higher than official figures suggest. It also challenged the Combined Authority and its partners to tackle the challenges that threaten prosperity in the future, including the lack of transport infrastructure, severe pressure on housing, and skills shortages across many sectors. All of the report’s recommendations will be taken forward by the Combined Authority.

Their vision is clear. The Combined Authority wants Cambridgeshire and Peterborough to be a leading place in the world to live, learn and work. Now and in the future.

To achieve that vision, the Combined Authority has revealed details of 12 key projects that will be delivered, or moved to the next decisive stage, during the 2019/20 financial year in its new Business Plan.

Mayor James Palmer said: “This Business Plan is an important milestone for the Combined Authority, setting out a clear, deliverable and funded set of priorities and schemes which will help meet the many ambitions we have for Cambridgeshire and Peterborough.

“We have significant challenges around transport infrastructure, housing and skills, which need to be overcome if we are to ensure our economy continues to thrive into the future. The Combined Authority is already making significant headway. The Business Plan sets out the many schemes we have progressed and delivered since we were established.

“We also set out 12 key projects which will be our focus in 2019/20, as well as a selection of other schemes which will either be brought to delivery or to the next key phase.”

The 12 key projects that the Combined Authority team will be focused on over the coming financial year cover a range of schemes from transport and housing to Market Town masterplans.

One of the boldest projects is the Cambridge Autonomous Metro (CAM). A key component of the Combined Authority’s vision for the local economy, the CAM would unlock growth across the region through the provision of high quality and high frequency metro services.

This transformational transport option would help to relieve congestion and address severe housing shortages which are particularly acute in the Greater Cambridge area, including through the development of Garden Villages. Over the coming year, the Combined Authority will start work on an Outline Business Case and collaborate with central and local government partners to establish the innovative funding model required for delivery.

The team will also be producing or updating long-term strategies that will guide future delivery and priorities focusing on the Local Industrial Strategy, Strategic Spatial Framework, Skills Strategy, and Local Transport Plan. This is in addition to the Housing Strategy that was produced in 2018/19.

By setting out this clear programme of activity for 2019/20, the Combined Authority will help to ensure the thriving local economy continues to grow by tackling the challenges that threaten this growth.

In summarising the importance of this Plan, Mayor Palmer concluded: “This Business Plan gives us a clear, budgeted pathway to deliver on our transformational agenda for Cambridgeshire and Peterborough.”

The Combined Authority is already making a positive difference to the local area with a number of successes to date already. These include improvements to the busy Bourges Boulevard in Peterborough, new affordable homes in Soham, a £4.1 million Market Town Masterplan for St Neots, beginning road and station improvement works in Fenland, stepping in to ensure that construction can begin on the King’s Dyke crossing scheme, and the opening of the Ely Southern Bypass.