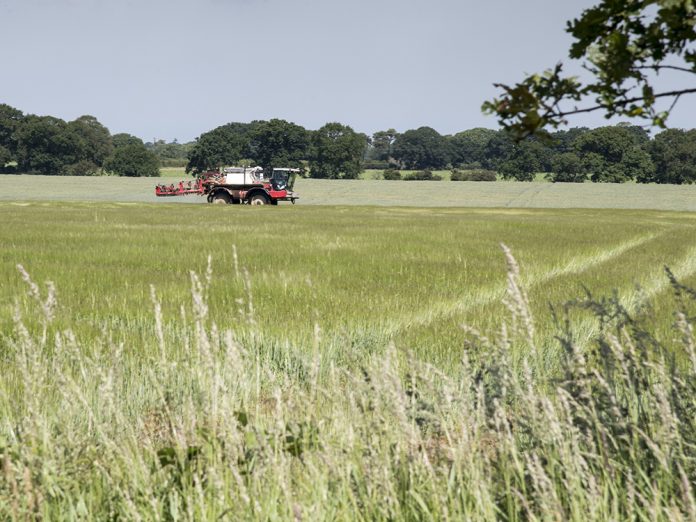 The NFU has published a report, entitled Levelling up Rural Britain, which outlines a vision for maximising the contribution farming can make to job creation, exports and the green economy. Here, Gary Ford, the union’s regional director for East Anglia, tells us more.

Farmers are squaring up to the additional demands 2021 has introduced into an already challenging field, says Gary Ford, but significant ‘levelling up’ is needed to give them a fair chance of succeeding.

And the stakes are high given that agriculture is the cornerstone of rural economies, not least in East Anglia.

“Agriculture and horticulture are hugely important not only to the economy of East Anglia – the region is the bread basket of the country,” he said.

“The industry here is diverse and diversified in terms of agricultural types, from field crops to the broad acres of winter wheat to the peats of the Fenland.

Much like the rest of England, around two-thirds of the region’s farm businesses have already diversified, embracing alternative uses for their buildings and land, to supplement their decreasing income from agriculture.

But as the Levelling up Rural Britain report launched at the NFU’s annual conference, held at the end of February, makes very clear, farmers are fighting for their livelihoods with one arm tied behind their backs.

Two deficiencies constricting business growth are the poor access to reliable broadband in rural areas and the onerous nature of the planning system.

Gary said: “The poor connectivity of rural broadband is often an issue for our members, as we saw during our virtual conference. We had members who were struggling to join or struggling to stay connected, dropping out and then trying to get back on.

“It’s one thing to use broadband to dial into a conference, as important as that was for our members, but it is a whole different matter if you need reliable broadband to actually do business – it is a requirement today to be able to transact online.”

When it came to the current planning system, all too often it prevented or slowed down farm modernisation, diversification and the building of homes for farm workers. As such, the Government’s Planning for the Future White Paper published last summer afforded a welcome opportunity for reform.

The streamlining proposed would certainly help the poultry meat sector that was such an integral part of East Anglian agriculture, he said. “We have seen a three per cent year on year growth in chicken consumption, because it is affordable and versatile. It represents 50% of meat consumed in the UK and we know British people want to see more British food on their shelves

“But trying to get planning permission for new poultry units is a huge challenge at the moment. It is complicated, time-consuming and expensive, all of which delays investment by farmers.”

The laboriousness of planning applications was also a problem when it came to tackling the water shortages farmers experienced in what was a ‘water-stressed’ region.

While the industry had won the concession to capture winter surface flood water, many farmers had been subjected to expensive and frustrating delays in getting permission to build the water storage facilities they needed to do that.

“Water availability and routine access to it are essential when you are reliant on it to irrigate your crops,” he said. “If you haven’t got water, you haven’t got a business.”

Now, post-Brexit, one of the biggest concerns of all was the impending lack of seasonal workers needed to harvest and package crops and process meat.

The industry was largely reliant on non-UK labour to fill the 80,000 roles each year and while a Government pilot scheme designed to ease the way for such recruitment had been extended for another 12 months and expanded to allow for 30,000 appointments, that still left a major shortfall.

“We need a permanent solution,” he said, “because otherwise we will go from one year to the next not knowing if we will have sufficient labour and, again, that will have an impact on the confidence to invest.”

Likewise, the wheels of trade with the EU needed to be re-oiled. Brexit had certainly ushered in the additional bureaucratic burden expected.

Gary gave the example of the trade in seed potatoes, the subject of significant levels of export to the EU. Simply sending them to Northern Ireland was a problem now though, due to the new checks and balances outlined in the Northern Ireland Protocol.

The NFU had been working hard to ameliorate the situation, but that too had proved a challenge, given how late in the day the trade deal had been agreed.

“Christmas Eve! And then trying to get crops inspected between Christmas and early in the New Year to allow chipping potatoes to go into Northern Ireland … ,” he said.

However, the NFU and the industry as a whole were looking to the future positive in the knowledge they would continue to make a hugely valuable contribution to the health, wealth and wellbeing of the nation.

Increasingly focused on achieving a truly sustainable food supply while at the same time maximising the carbon storage possibilities of the land under their feet, farmers were on the front line in the battle against climate change.

“The NFU has set an ambition for British farming to reach net-zero by 2040 and our farmers have taken this challenge head-on,” said Gary.

“It is encouraging to see so many farmers in East Anglia taking the pledge to help meet the target. We have an enormous opportunity for the UK to help lead the green recovery.”

The UK currently exports £14.5bn worth of food and drink to the EU.

Dairy: The UK currently exports 7% of its dairy production, including milk, cheese, cream, butter and milk powder. Of these exports, 80% goes to the EU, worth £1.3billion in 2019.