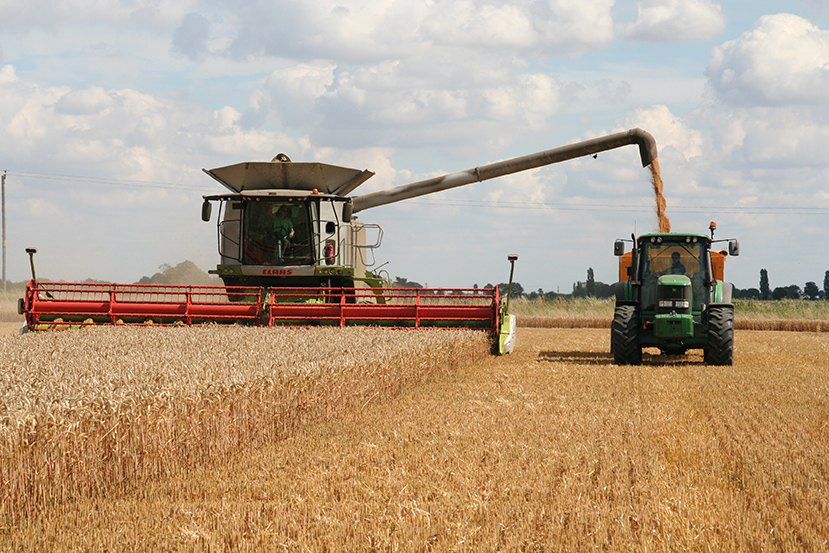 There has never been a more important time to talk about food.

That may not be a surprising statement coming from the National Farmers’ Union. It is a subject we’re keen to promote at any time, on behalf of our 55,000 farmer and grower members.

However, there is no doubt that food, and the industry behind it, has been taken for granted for too long. We cannot ignore the significant challenges we face in sustaining ourselves in the years ahead.

Before outlining some of those challenges, it is worth highlighting just how much has been achieved.

Food is more affordable, more traceable and more available in Britain than ever before. Shoppers don’t have to worry about whether there will be food on the shelves, whether that food is safe or if the standards of welfare in Britain are world-leading.

It is a success story to be proud of and farm businesses across East Anglia have played a leading role in shaping it. They have made the most of the climate, skills and natural resources available here.

Farms in the region generate agricultural produce worth £3.4 billion a year, employ 40,000 people and support many more jobs in allied industries.

The amount of food farms produce in the region is truly impressive. It includes:

n More than a third (35%) of England’s potato crop

Behind these statistics are thousands of farm businesses with the hard work, innovation and determination to succeed, many of which I’ve had the privilege to visit during my NFU career.

In November I went with our NFU President, Minette Batters, to one of those businesses, Elveden Farms in Suffolk.

This is the largest ring-fenced arable farm in lowland Britain, specialising in vegetable production including potatoes, onions, carrots and parsnips. Around 6% of the UK’s onions are grown here.

Although it is a major food producer, Farms Director Andrew Francis and his team were keen to stress that they work hard to ensure that biodiversity thrives alongside its commercial farming practices.

This includes maintaining a conservation group to help and advise on conservation issues, including the management of wildlife sites, rare plant sites and its field margins. Surveys are also carried out to monitor species such as stone curlews, bats and reptiles.

Looking after the soil for future generations is crucial as well. Elveden includes cereal crops such as rye, barley and wheat in its crop rotation, to help ensure its soils remain fertile and productive.

Another farmer who met Mrs Batters during her visit to the region was Viscount Tom Raynham, Chief Executive of the Raynham Estate in Norfolk.

This is an estate with its own place in agricultural history, thanks to Charles ‘Turnip’ Townshend. His pioneering work promoting a four-course rotation of turnips, barley, clover and wheat in the 1700s helped spearhead Britain’s agricultural revolution.

Tom Raynham is determined that the estate will remain at the forefront of agricultural development today. For instance, the whole farm has been GPS-mapped and all its machinery is now guided by satellite.

He improves soil structure by incorporating muck from the farm’s broiler chickens back into the land, as well.

I’ve highlighted two large farm businesses but East Anglia is home to a diverse range, many of them family-owned and run. According to Defra statistics, the average farm size in our region is just under 300 acres and about 30% of agricultural land is rented.

One young farmer looking to build a new business is Will de Feyter. Will, 26, came home after finishing his degree at Harper Adams. There wasn’t enough full-time work for him on his parent’s arable farm so he established his own sheep flock and also rears pigs at East Ruston in Norfolk.

He sells the lamb direct to the public, including at farmers’ markets, and held a lambing day in March 2018 to highlight what goes on beyond the farm gate and the high standards underpinning British farms.

All of our farm businesses, large and small, are well-placed to help meet the challenges we face, as long as the right policy framework is in place.

The most pressing challenge is how to feed a global population, predicted to reach 10 billion people by 2050, that is also consuming more calories. One worrying forecast is that, within a decade, we will be in a deficit of 213 trillion calories around the world.

As NFU Vice President Stuart Roberts told a conference in Peterborough recently, it is time politicians worried less about food affordability and more about food availability, and responded accordingly.

We are working hard to brief East Anglia’s MPs on the policies needed to forge a successful future, backed by a comprehensive new NFU report, UK: A nation united by food.

This stresses that a sustainable and profitable agriculture and horticulture sector isn’t something that’s nice to have but a necessity.

For our region, the driest in the UK, this means ensuring that water for food is given a higher priority, so our growers can help meet growing demand for food.

We need the right policies in place so our farm businesses can continue to access a competent and reliable workforce, including seasonal workers recruited from overseas.

And we need to ensure that Britain’s new domestic agricultural policy, replacing the much-maligned CAP, has measures that support farmers to undertake important environmental work, to improve the productivity of their businesses and to manage the volatility and tough market conditions that fall outside of their control.

So there is plenty to talk about in the early part of 2019. Let us hope the end result is a future where farmers can improve their productivity and resilience, while caring for the environment, and where our country can continue to benefit from a safe, secure and affordable supply of British food.