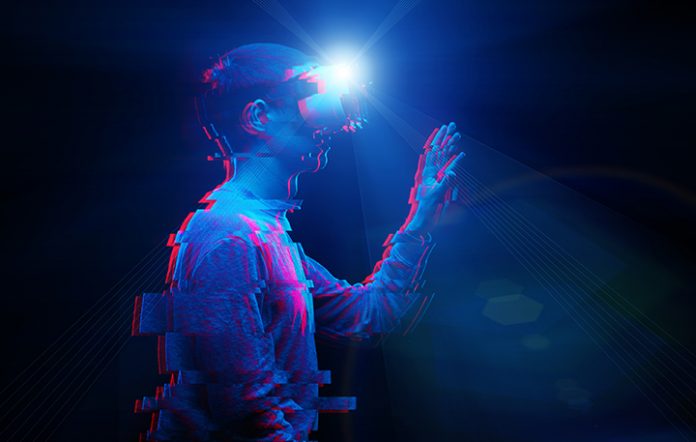 What does business in East Anglia look like in 2020, HELEN COMPSON asked the recently-appointed head of the New Anglia Growth Hub. And, importantly, where does he believe the growth will come from?

Richard Glinn is better placed than most to do a bit of crystal ball gazing, having previously worked for the Growth Hub for five years as its senior business adviser, but he begins with a glance over his shoulder.

Each and every one of England’s 38 local enterprise partnerships had had to justify the need for their very existence, he stressed. Only the well-researched and finely-honed strategies got the go-ahead.

As it was, SMEs were crying out for one-to one-business support in Norfolk and Suffolk, of the financial and practical type the New Anglia Growth Hub has been providing them with for five years now.

Four new advisers, experts variously in the fields of sales, business engagement, consultancy and international trade, joined the team late last year, taking the number of ‘on-the-ground’ advisers at the hub to 14.

Between them, they have supported 9,000 businesses over the past five years with 45,000 hours of advice.

New Anglia Growth Hub is managed by Suffolk Chamber of Commerce on behalf of the New Anglia Local Enterprise Partnership and is part-funded by the European Regional Development Fund and the Department for Business, Energy and Industrial Strategy.

From the hub’s base in Ipswich, the team covers Norfolk and Suffolk and the two have their own personalities, said Richard. “To outsiders, we might – incorrectly – be known generally for our agriculture.

“However, the picture needs to be repainted. There is a lot of greenery between the towns and cities and we’re certainly on trend in that we’re seeing a lot of farmers wishing to diversify.

“But beyond that, we are home to many exciting and fast-progressing businesses in competitive sectors that include manufacturing, tech, digital and clean energy, residing in small and large industrial business parks across both Norfolk and Suffolk.”

The two live grant schemes the Growth Hub was working with highlighted the differences between the two counties.

The one offering the bigger grants, the Growing Business Fund, pays a percentage of a project’s costs up to the value of £500,000. Most of those grants went to Norfolk, with its bigger companies and bigger projects.

The Small Grant Scheme, which pays out up to £25,000 at a time, is mostly taken up in Suffolk, which plays host to many a small company.

The hub doesn’t cover Cambridgeshire, but their neighbouring county is home to a Silicon Valley tract of techy companies that is rapidly expanding east and south into Norfolk and Suffolk too.

“Enterprise parks, with the business rates relief they offer to businesses taking up premises, are going up across all three counties,” said Richard.

Prominent in Norfolk’s business profile are the East Anglia ONE windfarm being constructed by ScottishPower Renewables 45kms offshore, tourism – whereby the ‘get out of London for a weekend’ break now rivals the traditional family staycation – and that swathe of farm diversifications. This last wholeheartedly embraces camping and glamping, specialist food production and the odd brewery and gin distillery thrown in just for good measure.

And, of course, there is engineering, on a wholesale scale. Richard said: “We have a lot of small industrial units housing engineering and manufacturing enterprises across both Norfolk and Suffolk.

“You can go onto an anonymous industrial estate where nothing much appears to be going on, but then you step behind the façade … I went into one unit and they were making equipment to transport livers for transplant.”

Indeed, a new initiative, Norfolk and Suffolk Unlimited – managed by the New Anglia LEP on behalf of the two county councils – has been launched to bring together this rich diversity of public and private sector partners to promote the region and increase inward investment.

The Suffolk port of Felixstowe warrants special mention, not least because 48 per cent of all cargo brought into the UK in shipping containers first docks on its quays.

Perhaps that accounts for the international flavour of the region’s eateries. As Richard says, “The quality is high and the choice almost unlimited. You can get just about anything you fancy in both Norfolk and Suffolk … “

The latter is also renowned for its food production, particularly at the niche end of things. In the area around Newmarket, for example, there are butchers, bakers and artisan cheese-makers turning out the county’s own prized take on sausages, pasties and Stilton.

“Two or three of those producers moved from Essex to Suffolk, with the help of grants,” said Richard. “There are actually some big boys in Suffolk now.

“One well-known busiess is Treatt, the flavour company that’s moving onto an enterprise park just outside of Bury St Edmunds.”

And that leads us nicely on to where Richard sees the biggest potential for growth in East Anglia – companies are decamping to the region, no two ways about it.

Whilst rail links to London and beyond are reasonable (New Anglia LEP’s 2014 Great Eastern Rail Campaign led to a significantly beefed up service), the biggest benefits await entrepreneurs who move lock stock and barrel to this lovely corner of the world.

He said: “Business owners are thinking about their personnel – they are looking at house prices as well as the cost of commercial space.

“I have come across quite a few incomers of late. Cambridge is very popular for that type of move and it is quite chocabloc these days, but if a business sets up just down the road at Newmarket, they find both residential and commercial property prices are significantly cheaper, it is less congested traffic-wise and simple things such as parking charges are cheaper.

“Personally, my family and I moved from Essex to Suffolk 14 years ago and we love it.”

There can be major cash injections too for the eligible employer in the eligible sector. One Essex engineering manufacturer moved to Suffolk recently to take advantage of a grant that helped her achieve a high-spec business premises complete with matching equipment.

“Yes, there are incentives to help employers make that move,” he said. “I bumped into the MD recently and she said to me that in terms of staff retention, only one of her 16 staff hadn’t come with her.”

The quality of life on offer in East Anglia had been a major factor for the employees considering resettling their families, they agreed.

Grant funding is equally available for existing businesses looking to expand. Sudbury in Suffolk has an historical claim to fame in that it is at the heart of silk weaving in Britain, and has been for centuries.

Three such companies continue to ply their trade there today and two of them have been awarded grants of late to buy new looms.

Richard said: “I’ve had a couple of factory tours and it’s quite amazing to see the old-fashioned, Dickensian looms they’ve still got.

“They are installing new models – one needed two, while the other needed just one, but at a cost of £100,000 – however they have to retain their old looms, because there are things the new ones can’t do. A client might come back and say ‘produce this from 50 years ago’.”

All consultations with the New Anglia Growth Hub begin the same way – with the business advisor listening closely to what the entrepreneur has to say about their hopes and vision, about what they want.

“Managing growth is probably more difficult to manage than failure,” he said, “and that’s where the advisor’s skill comes in. It might be a grant that is being discussed, but equally it might be ‘I’m having a problem employing the right people’.

“The reply could be ‘have you thought about apprenticeships?’ ‘Well, I’ve heard of them, but I don’t know how they work’. And that’s how the advisor/client relationship begins.” 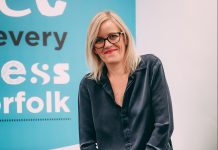 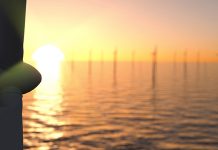 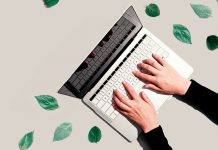 The importance of marketing in East Anglia’s push for sustainability