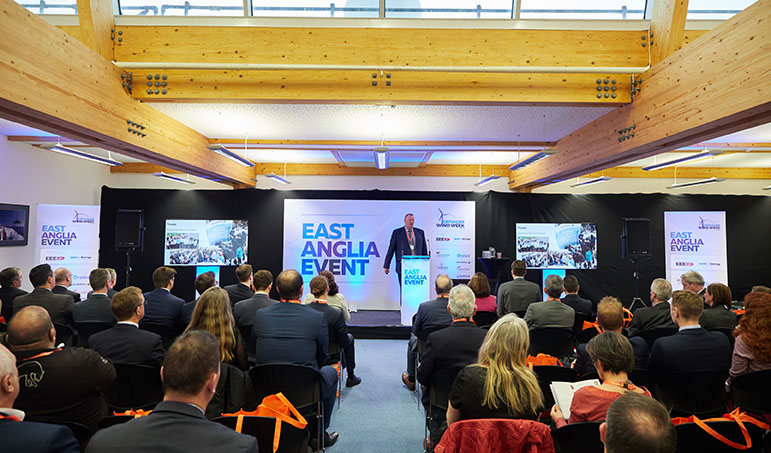 “There’s a revolution taking place off the east coast of England,” observes Simon Gray, and it is a revolution that is steadily shifting the UK’s reliance on traditional energy sources to renewables.

As CEO of the East of England Energy Group (EEEGR), Simon is well-placed to comment on all things energy related. For the EEEGR is a not-for-profit trade body and business development organisation that has been representing the energy sector and its supply chain in the East of England for over 17 years.

“No sector with a turnover as significant as £3.6bn should be overlooked,” explains Simon, “yet the contribution of the East of England in meeting the UK’s energy needs has been underappreciated in the past.”

“Take a closer look and you’ll find a vibrant energy sector in the region comprising of 1450 businesses, employing more than 20,000 people, with a hefty turnover that is galvanising the economy in the region and beyond.

“What is particularly remarkable is the sheer breadth and diversity of the energy sector in the East of England, for rather than depending on a single source of power, a multiplicity of sources is being utilised. Oil, gas, renewables (in particular onshore and offshore wind), and nuclear all have a part to play in this thriving economy.”

“What you may not realise is that up to a maximum of 50% of the nation’s gas comes through the UK’s largest gas terminal in Bacton on the North Norfolk Coast. Offshore the Southern North Sea is home to over 100 gas fields and over 150 gas-related platforms.

“Gas will still be massively important to us for decades to come,” explains Simon, “and work is underway looking at the feasibility of sourcing tight gas, that’s gas that’s located much deeper down. Should gas prices rise – this will become more viable.”

Offshore wind is of growing importance, with 14 offshore projects delivering nearly 4GW, accounting for 52% of the UK’s current 7.5GW total installed capacity. Another 10.5 GW are in various stages of development, one of which, East Anglia One, is set to be the world’s largest offshore wind farm.

In some cases, the more traditional energy infrastructure has been given a longer life or a new purpose and where this isn’t possible, the skilled work of decommissioning provides yet more opportunities for the local economy. In fact, estimates put the value of decommissioning work as high as £40-70bn

Central to meeting the UK’s energy needs, the East of England has a unique combination of physical and locational characteristics which lend themselves to energy production – making it a frontrunner in the sector.

“The proximity of the region to London, the South East and the Midlands – the areas of the highest energy consumption in the UK – mean it is a convenient and economically viable location for energy production,” explains Simon.

“Whilst the physical characteristics both inland and offshore, mean the East of England lends itself to energy production in a way that is quite unlike any other region. The shallow waters of the Southern North Sea, and the geological characteristics of the seabed itself, mean it is comparatively easy to install offshore energy infrastructure.

“You’ll also find a diverse and collaborative supply chain in the region with a skilled workforce who have the ability to meet the development, manufacturing, installation, operational and maintenance needs of the sector. A workforce who have expertise that can be transferred from oil or gas to renewable energy and vice versa.

“All of which is set in the context of a region that is leading the field when it comes to advanced manufacturing, engineering; life sciences, biotech, ICT and the digital sector. Our universities, research and development establishments, the various science parks and start-up incubators are all contributing to this cross-sector expertise.

“Plans are also underway in association with our Skills for Energy programme, to maintain the region’s expertise in the energy sector and ensure there is a steady stream of suitably qualified workers in the future, addressing local engineering skills.

“A particular success story has been the one year pre-apprenticeship course run in association with the East Coast College at their campuses in Great Yarmouth and Lowestoft. Here, students are given a feel for all aspects of the energy sector and the broad range of jobs available.

“We’ve had a great response to the course and found that students leave with a better understanding of the industry and where their skills best fit. Meaning we have better retention and completion rates with more students going on to successfully complete their apprenticeships.”

It is telling that almost all of the major energy companies in the UK have projects in development in the region, there is what Simon describes as “a perfect storm of opportunity gradually coming together at the same time.”

A huge area of growth is in the development of offshore wind farms and there are, as Simon observes, some misconceptions about these. “There is a perception that offshore wind farms are heavily subsidised – but this is no longer the case, the subsidy has reduced dramatically in recent years and soon the sector will be subsidy free.

“In addition, the wind turbines created today produce far more energy than was once the case – with a single turbine now capable of producing eight and a half or nine megawatts of power as opposed to two megawatt turbines installed at Scroby Sands in 2004.

“Whilst a turbine’s operational life of between 20-30 years, means there is an ongoing and long-term demand for engineering and maintenance skills in the area – creating and sustaining well paid skilled jobs in the local economy.

“The East of England is quite literally the nation’s powerhouse, making a huge contribution to the UK’s energy needs. We keep the UK warm and lit – and our contribution is growing.”

Looking forward, the region is playing an instrumental role in the decarbonisation of the economy and the move to renewable energy. There is a revolution taking place off the east coast of England and it is a revolution that’s quite literally bringing about the winds of change, ensuring we have a steady supply of energy now and in the future. 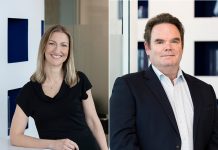