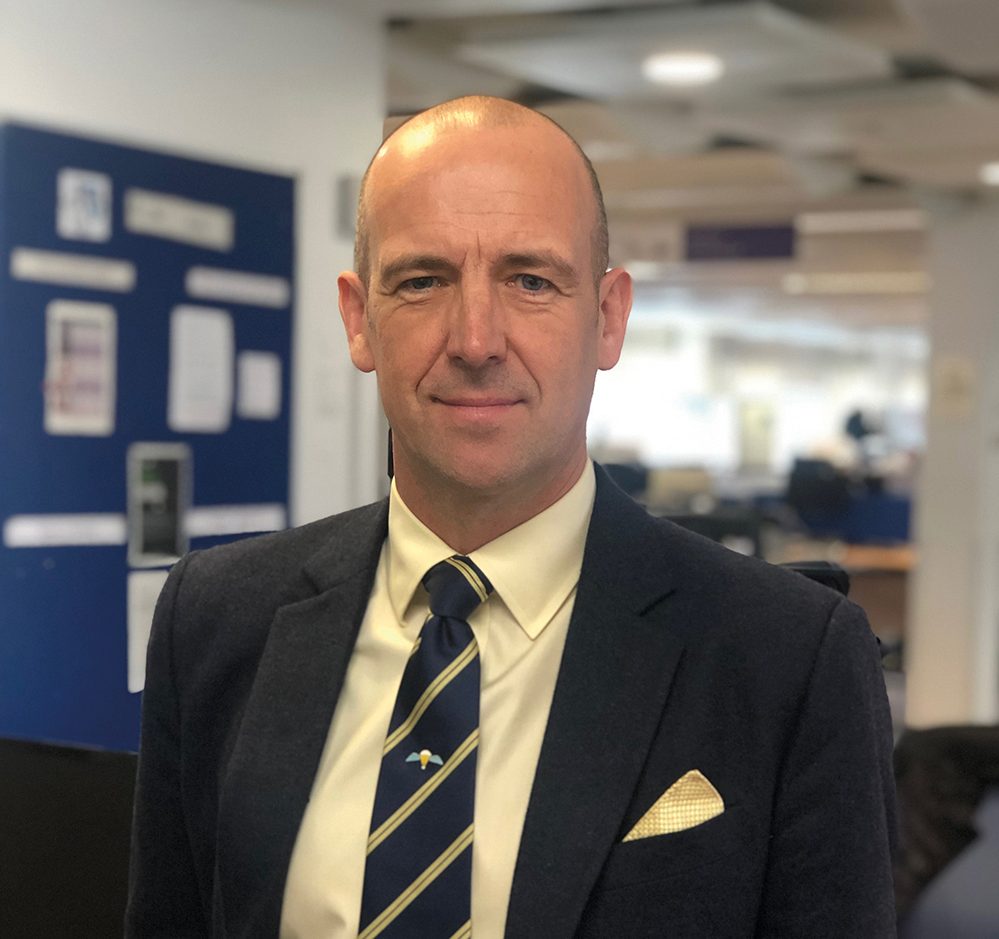 Colonel Adam Fraser-Hitchen served as a regular soldier for 30 years having begun his career as a Private soldier in 1986. He has served on multiple operational tours in Northern Ireland, Bosnia, Iraq and Afghanistan.

He is a Chartered Engineer, a Fellow member of the Society of Operations Engineers (SOE) and alumnus of RMA Sandhurst and the Windsor Leadership Trust. Adam now owns a business engineering consultancy (Dragonfly Directors), is a serving member of the Army Reserve and is the Deputy Commander (Reserves) of 7th Infantry Brigade (The Desert Rats) – East Anglia’s local infantry brigade.

Throughout my time as a professional soldier, I have always been struck by the business acumen of the officers and soldiers around me; business acumen that is not often appreciated by those outside of the military and, given the military’s often alien language, understood even less.

Let us consider the British Army’s most junior command appointment, the basic building block on which the entire Army delivers its business. We have in our 23-year old corporal an individual who is responsible for the business health, in the widest sense, of seven other soldiers. Our corporal delivers a junior leadership and management function, often in difficult environments, which covers training, equipment, personal development, infrastructure, regulation, IT and logistics. And while we may draw parallels between our young corporal and the emerging manager on the high street, we would all recognise that risk of failure on the high street rarely involves life or death decisions and the potential to make international headlines before teatime. The Army’s approach to inculcating leadership responsibilities is by necessity almost immediate in an individual’s development path.

And if we go on to consider the deployable Field Army’s most senior command appointment, our 52-year old lieutenant-general has the same responsibilities as our corporal but for a business with some 50,000 people, currently dispersed across 55 different countries, who influences a People/Equipment/Training budget of some £9 bn per annum, and has a level of ministerial interest that is managed on a weekly basis. The risk of failure, in delivering the Army’s key purpose of Warfighting, is for most almost too significant to even contemplate. However, while the British Army’s operating environment is often complex and high risk, the approach to delivering military output has parallels with any other UK business that pursues global reach and seeks to maximise talent. Did you know for example, that the Army has consistently featured in Stonewall’s top 100 employers since 2014, is the largest apprenticeship employer-provider in the UK, and has a system of personal development that I have yet to see an equal to in industry. Additionally, the Army currently has 13.8% Black, Asian & Minority Ethnic (BAME) personnel and 10% female representation; numbers that are increasing year on year. There is no doubt that the Army can continue to learn from Industry leading practice, although you will appreciate why I think Industry may be able to gain much from the Army’s lived experience and competencies. I hope this article does just that.

Before I cite two specific examples of the Army’s approach that may benefit other businesses in their application, I would highlight the centrality of investing in and developing capable leaders. Without capable leaders, at every level, the ability for any business to reach its full potential is lost. In this pursuit, I would offer four Army practices that I have both experienced and sought to deliver. Firstly, ‘lead by example’. There are very few situations, if any, where actions do not speak louder than words. In personally delivering what you ask of others, the need to convince often disappears. Whether morally or physically, personal demonstration speaks volumes. Secondly, ‘delegate leadership responsibility to the lowest levels’. General Mattis, a renowned US Marine leader and former US Secretary of Defense, noted that you should ‘delegate to the lowest capable level to get the job done…’. In doing so, I have seen numerous and hitherto unnoticed team members do remarkable things on very difficult days. Try it.

The third approach is really the product of the first two. ‘Mutual Trust’ between all employees, based on professional competence, doing the right thing at the right time, and placing people at the centre of your operation can generate a pace of activity that is aligned to the business output, outpacing

ny of your competitors. And finally, a tool designed to unify your people. A flag under which they rally, delivering the product in a way you would wish it to be delivered; the motto. I am seized by the power of the motto. So much so that I set out, with my wife and business partner, to articulate these thoughts in a recently published book1. As we note in the book’s introduction:

Mottos have been used as a simple way to link groups of human beings to their deepest values and goals since the Middle Ages. In the same way, with words of inspiration, these mottos helped form the behaviours that moulded the very backbone of those military personnel that have fought to protect the realm for over 350 years. The history of the British Army stretches back to 1660. Raised for different purposes and from different areas across Great Britain and Northern Ireland, the regiments’ character and approach were guided by a specific motto.

… the authors seek to provide a view on how historic words intended to inspire a military audience have real resonance in a contemporary business environment.

… Safe to say, these mottos have stood the test of time in austere and complex environments; they have enthused those that have gone before us to achieve the unachievable. There are more similarities between business and war than you may think.

Two specific examples of the Army’s approach to life are noted below. The mottos of the Royal Tank Regiment and the Princess of Wales’s Royal Regiment belie business insights that are as applicable to the boardroom as they are to the shop floor, and business applications that are agnostic of the environment they apply to (be it military or civilian). Firstly, I would highlight the Royal Tank Regiment whose motto is ‘Fear Naught’.

Business Leadership Insight. Business opportunity presents itself in fleeting windows of time. The ability to forecast and recognise opportunity is best achieved when courage to step into the unknown triumphs over the fear of change. Fear is a natural reaction to the unknown. Accepting and overcoming this provides the business strength to get ahead of your competitors.

Business Application. Get into the habit of taking yourself out of your comfort zone; if you do not feel fear, question whether you are developing as well you might. Be comfortable with ambiguity and say ‘yes’ to every opportunity presented; a true understanding and appreciation of the opportunity will catch up later.

Secondly, I would introduce the Princess of Wales’s Royal Regiment whose motto is ‘Unconquered I Serve’.

Business Leadership Insight. It is a reality of industry that the business leader will encounter obstacles at every turn, from reducing resources to staff objections to change. The engine that powers through such challenges is an individual’s ‘drive’. The fuel for the engine, ensuring the drive never fails, is ‘ambition’. Ambition, which breeds success, is infectious.

Business Application. Over time, your drive to succeed has the potential to catapult you beyond those with greater skills and experience. Strive to understand the ambition that drives your activity and your approach in realising it. To ensure constructive drive, seek to nest your ambition within the good of the company and the people within it.

The reality of military business and any other Industry-orientated business is that capable leaders at every level are needed to maximise an organisation’s potential. If you choose, as the Army does, to invest in this often-unappreciated foundation, the long-term dividends will only impress. In a business environment that feels evermore complex, placing your people first will allow them to add demonstrable value to the team’s synergy. For good reason, the Army’s insistence on creating a ‘sense of belonging’, underpinned by clearly defined values and standards2, and often catalysed by a regimental motto, is driven by the need for soldiers at all levels to overcome difficult challenges on difficult days. I would implore you to consider these ‘tools’; they have utility in every business space.

Colonel Adam Fraser-Hitchen – Author of The Power of the Motto